Blog - Latest News
You are here: Home1 / BLOG2 / Communication trends 2020 – how COVID has shaped our industry

Platforms like Zoom and HouseParty may have risen to fame during the pandemic for their ability to bring people together and recreate some semblance of a social life. But how else have our media habits changed since COVID entered our lives?

When it comes to gathering information, there’s plenty of evidence to suggest that news sites – and even traditional print media – were high on our list for getting information about the coronavirus crisis.

A spike in users to news sites during lockdown

Audience measurement body Pamco found that the number of daily readers of UK national news websites rose by 3.7m year on year to hit 22m in June – and combined print and digital audiences grew at a rate of 20% from the previous year.

To give you a clearer picture, here are a few of the established news channels’ year-on-year comparisons:

Research from Ofcom tells a similar story. As a response to the COVID-19 outbreak, the communications regulator has been providing a range of information about how people are getting news and information about the crisis.

It’s been monitoring behaviour for 25 weeks, and since week one (which correlates with the first week of lockdown), traditional media, also referred to as earned media channels, has remained the most-used source of news and information about Covid-19.

Most news sites saw a spike in March – especially the most popular site, BBC News. Adult visitors spent an average of 91 minutes on the news site in March – jumping up from 72 minutes in January.

What about user sentiment for news sites?

We were clearly relying on news sites as a key provider of facts and information – but did we trust the information that we were getting from them?

If we delve a little deeper, Ofcom’s findings can also tell us more about user sentiment for different media sources. Since week one, it has surveyed people about misinformation, the frequency with which they are seeing it, and the main sources online that they come across it.

In week 14, social media was the main source for misinformation being presented as true. Four in ten said they were coming across warnings or notices from the social media platform attached to them, saying that the information they were seeing may be untrustworthy or untrue.

Fast forward to September, and not much has changed. Social media remains the main source for ‘misinformation being presented as true’. Of the respondents who had seen misleading stories about masks offering no protection or being harmful as true, for example, 60% said social media was the main source, compared to 19% for traditional media and only 12% for BBC sources.

And more generally, 82% of respondents think untrue stories about the coronavirus should not be posted on social media.

The important role of earned media

All this data points towards a growing trend for consumer trust in established news sources over the likes of social media when it comes to gathering reliable information. In the world of PR, it also tells us that the role of earned media is stronger than ever – especially for businesses who have a link with the news agenda in any way.

Presenting your business positively through earned media coverage in trusted news publications will not only help you reach their growing audiences; you’ll be reaching an audience that is willing to trust what they are reading.

Building a wealth of earned media via news coverage is a strong strategy if you’re in the position to offer clear information, advice or expertise on topics that relate to COVID-19 or to the current news agenda more generally.

Where does owned media fit in?

Owned media should always be a significant player in your overall comms strategy. Gaining positive earned media coverage not only gives your business or brand credibility but also allows you to play it back on your own channels to reinforce that credibility to existing customers.

Has your comms strategy changed in response to the way people are using different media sources this year? Contact us via Twitter @Ambitiouspr to let us know. 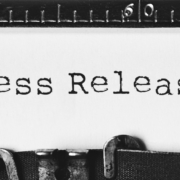 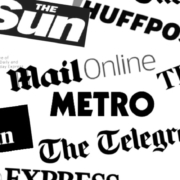 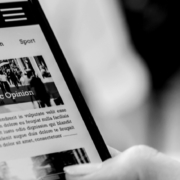 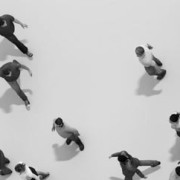 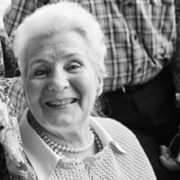 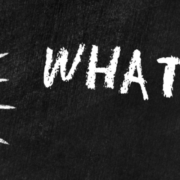 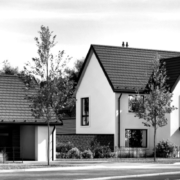 How to get press coverage for your property development 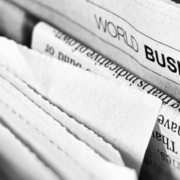 GETTING MEDIA COVERAGE FOR YOUR BUSINESS
0 replies