Blog - Latest News
You are here: Home1 / DIGITAL PR AND MARKETING2 / AI AND MACHINE LEARNING – WILL IT TAKE OVER THE WORLD?

AI and machine learning – will it take over the world? This was a big theme at this year’s South By Southwest conference, with around 80% of talks featuring the buzzwords ‘artificial intelligence’ and ‘machine learning’. Sadly, we didn’t make it to Texas, but we did go along to a recent Bristol Media event that looked at the highlights from SXSW 2019.

Held in Austin, Texas, SXSW “celebrates the convergence of the interactive, film, and music industries”. The event is huge, with over 75,000 people attending the conference and nearly 5,000 speakers. As Chris Thurling, Bristol Media’s Chair put it: “If you ever get the feeling of FOMO you will definitely get it here – I saw about 15-20 talks in five days, but there are thousands of talks and events to choose from.”

Chris went to the event for the fifth time this year, so he had a wealth of experience to draw upon in his talk. He was joined by Ann Hiatt (former chief of staff for Google and Amazon and SXSW speaker) and Nick Blake (Head of Data and Digital Operations at Armadillo).

What’s the difference between artificial intelligence (AI) and machine learning?

It can be tricky to differentiate, and the two are often used interchangeably. Nick explained that, as a general rule “AI is about actions, and machine learning is about statistical predications.” AI looks at how to train computers to do things which humans are currently doing better, for example driverless cars. Machine Learning is about machines acquiring knowledge or skill and increasing accuracy, for example being able to accurately recognise an image of a cat.

Chris looked back to the first time he attended SXSW in 2015, when Steve Chase, the founder of AOL, talked about the “third wave of the internet, when internet gets integrated seamlessly and pervasively into everyday lives”.

Fast forward and we are not in an imaginary future anymore – we are living in it, says Chris. “We’re now at the point where the critical mass of data that’s needed for AI to work is there, so it’s possible for it to work in real time. AI and machine learning are getting commonplace.”

And, more of us are using this technology than we realise. If you’re using predictive text, Google Translate or Uber then it’s already in your life.

Will machine learning transform your business?

On this point, Nick remained dubious – for now. “First you need to know the problem you want to solve – you can’t just throw machine learning at it,” he explained.

“We need to have the ability to sort and transform data so that it’s suitable for machine learning and this takes considerable time. The industry is still learning – Dell is still working out how do to it efficiently!”

One problem is that the data can be biased, which became clear through an example of how AI has been used for auto-sentencing drivers in the US. The original data was heavily biased against non-white people, who were stopped more regularly than white people. This led the programme to sentence more non-white people and feed more biased data into the system, creating a vicious cycle. It’s a sobering example of how terrible decisions can be made when the data isn’t used and sorted properly.

Will AI take over the world? This is the question most of us are asking right now, and it’s understandable that this technology raises so many concerns. But the resounding message that came out of SXSW was that we are thinking in the wrong way – we need to simply look at AI as a tool.

Both Chris and Nick attended a talk by Cassie Kozyrkov, Google’s Chief Decision Scientist. It’s her job is to ask developers questions and put in human learning as the technology develops, such as why are you doing that and how are you using the data?

Cassie’s talk stated that AI and machine learning are just ‘tools’ that are controlled by humans. So, their implementation depends on the intent behind it and the human controlling it. She argues that it is up to us to control it in the right way.

Is the future black or bright?

For Chris, there’s a huge asymmetry between the understanding of politicians and developers. He felt concerned that there were no UK MPs at SXSW, questioning how they are learning about tech and building an informed opinion. He argued that our government has got to start considering the moral, societal and political implications of big tech companies who are more powerful than they are right now.

Ann Hiatt rounded off the discussion with a welcome blast of optimism. “I remain optimistic about how AI is developing,” she said. “Companies take their responsibilities very seriously and have ethicists on their teams asking the right questions. They are aware of the inherent bias in data and data scientists are trying to solve it.”

Her experience working in both America and Europe gives her a good understanding of the different approaches taken globally, too. “People in Silicon Valley are all trying to make the world a better place, but they are much more relaxed about how things are developed. They tend to take the approach of trialling technology and then looking to regulate afterwards. China is at the other extreme and Europe is somewhere in the middle.” 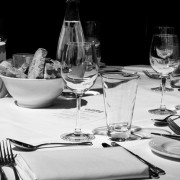 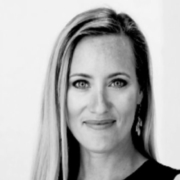 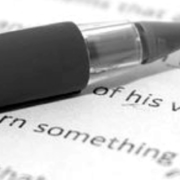 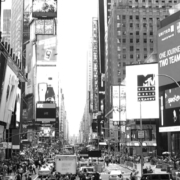 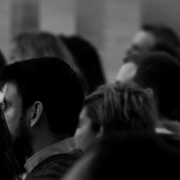 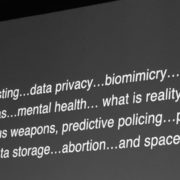 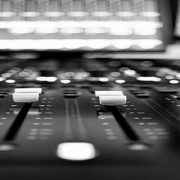